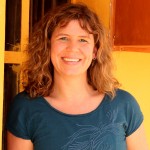 Laura Peterson is the Founder of HHI. With an MA in Counseling, Laura has been the Clinical Director for a non-profit serving children with severe mental health issues, a Wilderness Therapist for troubled teens, and a faculty member in the College of Public Health at Oregon State University. She created “Wood Chicks,” a wilderness empowerment program for women who were victims of sexual violence. She is committed to the health of women and children globally. Laura served on UNESCO Asia’s Early Childhood Care and Education Advisory Committee (’11-’13). In recognition of her successful creation of HHI Laura was awarded by His Holiness the Dalai Lama as one of only 50 people around the globe as an “Unsung Hero of Compassion” (2014); was given a complimentary membership to the Clinton Global Initiative (2013); received Wisdom University’s 2006 “Ordinary People, Extraordinary Outcomes Award”; the ’07 –’08 “Making a Difference for Women Award” from Soroptimist International of the NW Americas, and E-Town’s E-chievement Award in 2011.  (See Laura talk about why she founded HHI) 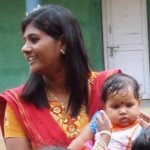 Sujatha was HHI’s first certified local trainer, and became HHI’s lead Master Trainer, certifying new HHI trainers around India and around the world. She has high energy, has 2 children of her own and has been involved with child services for her entire life. She has a passion for children, specifically those with special needs, and this combined with her life experiences led her to earn a BA degree in Psychology and is about to complete her MA is Counseling. In her spare time, she teaches classical Indian dance to children in a local school. Sujatha speaks her native language of Tamil and English fluently. We are grateful to Sujatha for her selfless service rendered to HHI. 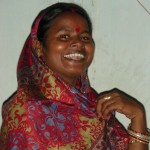 Bharati was an HHI Master Trainer in Odisha, India. She joined HHI with 20 years of experience in the field of social development as a community organizer and trainer for the grass root level, with government and NGOs, community leaders, community level health service providers, and peer educators. She was previously trained as a traditional birth attendant, to support safe deliveries and post natal care, while also teaching about child care. Bharati’s wealth of experience also includes conducting trainings for youth in the prevention, care and treatment of HIV/AIDS; as well as teaching primary health care to women’s self help groups.

Tapaswini was HHI’s original Master Trainer in Odisha, India, she’s been with HHI since 2007.  She leads regular trainings for ICDS teachers, and supports HHI mother trainers.  Tapaswini earned a Masters Degree in English and did post graduate studies on human rights. Prior to working with HHI, Tapaswini was a Program Officer for an NGO and she managed a Rural Health Initiative that trained youth from over 300 villages about human rights issues, as well as HIV/AIDS prevention.  She has enjoyed applying all of HHI’s practical lessons with her own children.  Tapawsini is fluent in Odiya, Hindi and English. 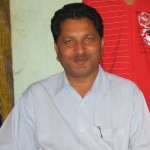 Manoj is the Director of Viswa Yuva Kendra, a pioneer organization working in the central and western part of Odisha.  VYK runs programs for education, community health, women empowerment, youth promotion and livelihood issues. Manoj has an extensive and deeply respected record of leadership in development issues and has been awarded “Best Gandhian Worker” by a state NGO.  In 2007 Manoj reached out to HHI to begin a collaboration with VYK’s crèche centers.  In only three years, he has built HHI’s most extensive and successful outreach program in India, which now trains ICDS workers, ASHAs, crèche caregivers and village mothers and grandmothers.  HHI and VYK’s partnership was recognized and researched by the Asia-Pacific Regional Network on Early Childhood as an innovative program with global potential.  (Read that research here) 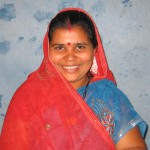 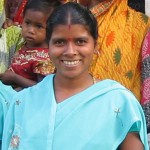 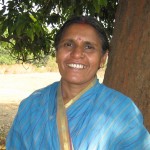 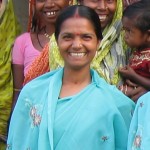 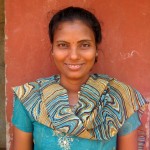 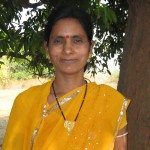 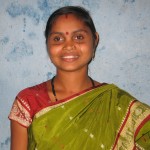 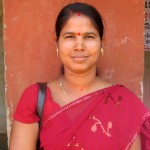 There are more than 320 HHI Trainers working in the post-conflict area of northern Uganda. These women and men are residents of 145 different villages, and they ensure that HHI’s education is delivered by local leaders to local residents. In 2010 they led HHI trainings for 4,507 mothers and fathers, bringing more love and improved care to more than 10,000 vulnerable young children! They continue to lead HHI trainings on their own time as volunteers because they and their communities found it so useful. They receive support and supervision of Medical Teams International, Uganda. 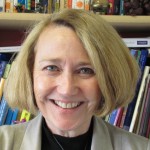 Christine Chaille is Professor and Chair of the Department of Curriculum and Instruction at Portland State University, focusing on early childhood education, where she has taught since 1991. Her doctorate is from U.C.L.A., and she also studied with Jean Piaget at the University of Geneva. She is the co-author of The Young Child as Scientist: A Constructivist Approach to Early Childhood Science Education and has written many publications primarily on the importance of children’s play. She has also written Constructivism Across the Early Childhood Curriculum: Big Ideas as Inspiration, published in 2008. She is past President of the National Association of Early Childhood Teacher Educators, past President of the Oregon Association for the Education of Young Children, and former Chair of the Early Education/Child Development Special Interest Group of the American Educational Research Association. 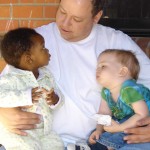 Frank Mahler was an early childhood educator since 1989. For years, he was a teacher and home visitor for Head Start and Early Head Start programs for at-risk, low income, and special needs children. His work included the privilege of visiting families in their homes, helping them to better understand the fundamentals of early childhood development and the many ways that parents/caregivers can positively influence their child’s potential for success in school and in life. He was an instructor in the Early Childhood Education Masters program at Portland State University, and was also a lead infant/toddler teacher at PSU’s Helen Gordon Child Development Center.                      Frank Mahler 1967 – 2012